Moulds are fungi that can be found both indoors and outdoors. Moulds grow best in warm, damp, and humid conditions and reproduce by making spores which can spread and become airborne and settle on surfaces. Mould spores can also survive dry conditions that do not support normal mould growth. Indoors mould can be found where relative humidity (RH) levels are high, such as poorly ventilated subfloors, air conditioning systems, showers or other areas where building materials are affected by water ingress or increased dampness. Mould growth can be directly spotted on damp surfaces or it can be hidden such as in subfloors, wall cavities or below/within carpet. Common indoor mould genera include Cladosporium spp., Penicillium spp., Alternaria spp. and Aspergillus spp.

Exposure to mould can occur via inhalation, ingestion and contact with mucus membranes (eg. eyes). According to NSW Department of Health inhalation of mould spores may cause health problems in people who are sensitive or allergic to mould. These include a running or blocked nose, irritation of the eyes and skin and sometimes wheezing. More severe reactions can occur in certain people. In rare cases, people may develop a mould infection, usually in the lungs. Most people will not experience any health problems from coming in contact with mould. For people with asthma, inhaling mould spores may cause an asthma attack. People who are more sensitive to mould include people with asthma, allergies, or other breathing conditions, people with weakened immune systems or with chronic lung illnesses, infants and children, elderly people and pregnant women.

In 1998, Dr Richie Shoemaker, a US physician identified an illness caused by poor clearance of biotoxins produced by certain dinoflagellates, algae, and moulds and named it Chronic Immune Response Syndrome (CIRS). CIRS occurs when genetically susceptible people (roughly 25% of the population) are exposed to certain biotoxins. Shoemaker and others have linked the same kind of illness to toxins from moulds commonly found in water-damaged buildings (WDB) —species of Stachybotris, Aspergillus, Penicillium, Chaetomium, Wallemia and others. For more information on CIRS visit www.survivingmold.com.

A number of international experts agree that there is a wide variability in how people are affected by exposure to mould. Symptoms that may seem to occur from mould exposure may also be due to other causes, such as bacterial or viral infections or other allergies or illnesses. Those with special health concerns should consult their doctor if they are concerned about exposure to mould.

Currently, there is no established airborne mould concentration that is known to adversely affect any individual’s health, although, few non-enforceable international guidelines are used in the industry. In most cases, you do not need to know the type of mould growing in a building unless there is a link between established health effects and exposure to certain mould types. Routine sampling for mould is not usually recommended, however, in certain cases mould sampling and mould testing can assist in the assessment and evaluation of mould problems in indoor settings. The best strategy to resolve indoor mould problems is to remove the mould and work to prevent future growth.

Mould growth can be controlled by:

If you are concerned about mould growth and exposure in your workplace or home, Health Safety Consultants occupational hygienists are experts in the field and well placed to assist you in identifying the problem by undertaking preliminary or detailed mould inspection, mould testing and mould contamination assessment. 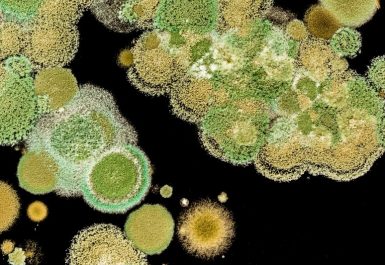 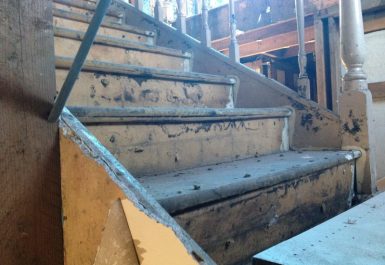 Mould Inspection by an Occupational Hygienist

In situations where mould growth and causes are readily identifiable (eg. condensation in a bathroom from a shower) a mould inspection and immediate simple mould treatment by a mould cleaning company or mould remediation company would be sufficient to address the issue.

Mould inspection by an occupational hygienist, an indoor mould expert or building moisture expert would be needed in the following situations:

What is Involved in the Professional Mould Inspection?

What Type of Mould Samples are Needed for a Mould Assessment?

Where required, depending on the questions to be answered and the purpose of the mould assessment one or more of the following common types of mould samples may be collected from the site:

What is the Cost of the Professional Mould Inspection?

To have an idea on the cost of mould inspection by an occupational hygienist, a basic mould inspection by a professional for an average office area or a single level residential dwelling would take about 2 hours to complete. Adding to this, cost of travel to site (time, kilometers and tolls), preparation for equipment and samples and administration (30 minutes) and time for report writing and peer review (about 2.5 hours) would results in total time of about 5-6 hours if the site is within the Sydney metro and having a good run. If mould sampling is required, additional time would be required for sampling and reporting as well as additional cost for laboratory samples analysis. Larger sites and detailed mould inspections would take much longer time to complete. You can contact our office to get a quote for the service.